Two distinct populations of resident killer whales (Orcinus orca) in the northeastern Pacific Ocean have been listed in Canada and the U.S. as of conservation concern. The Southern Resident Killer Whale (SRKW) population is currently listed as endangered in both countries. The Northern Resident Killer Whale (NRKW) population has been listed as threatened in Canada. The major threats recognized for these two populations are nutritional stress associated to prey abundance levels and availability, pollution and contaminants, and disturbances from vessels and sound. An important difference in the population dynamics of these two populations is that, in spite of their home range overlap and potential access to similar resources, SRKW has remained at a population size of less than 100 individuals for the last four decades with an average of 85 individuals in the last decade whereas NRKW’s population size has been generally increasing for the last 4 decades with 268 individuals at the end of 2011.

In this Scratchpad the user can explore the demographic models and population viability analysis (PVA) of endangered SRKW and threatened NRKW that incorporate linkages between killer whale vital rates (i.e., sex- and stage-specific survival probability and fecundity rates) and Chinook salmon abundance to address some of the pressing questions that have recently engaged the efforts of scientists and managers interested in: (1) the factors limiting population growth of SRKW; (2) explanations for the marked differences in the observed population trajectories of SRKW and NRKW in spite of their large home range overlap; (3)  the role of Chinook salmon on the population dynamics of both killer whale populations; and, (4) the potential benefits for killer whale population viability expected from reductions in Chinook fishing mortality and changes in Chinook fishery regimes.

The modelling components of most analyses conducted and described in this scratchpad have been compiled into two workflows. They can be run in the Tavernal portal embedded in this scratchpad. All original code was developed first in R and embedded in Taverna software. These workflows facilitate additional explorations of fishing scenarios and to enable future revision and development of the themes making up. 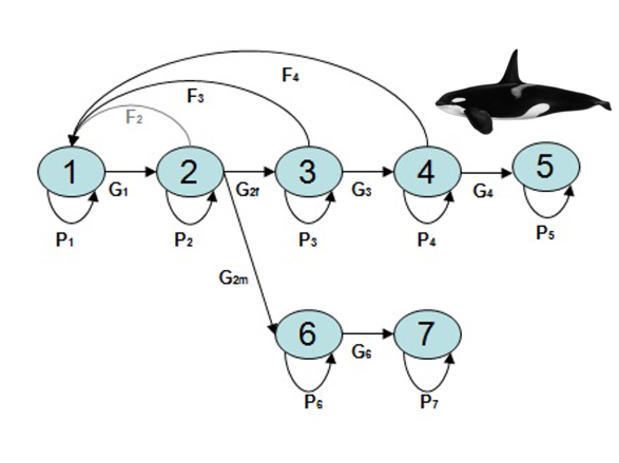 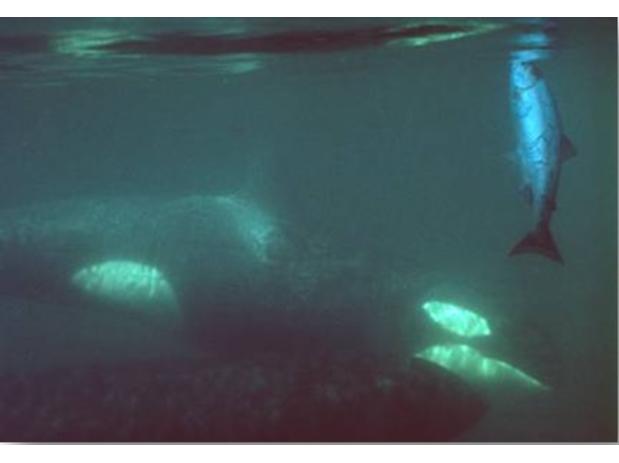 This website is a demonstrator for the integration of several informatics technologies useful in "in-silico" biodiversity science: Scratchpads, Taverna Player and BioVeL infrastructure for executing workflows. This particular example makes use of population census data for Killer Whales and abundance data for Chinook Salmon in the north-east Pacific Ocean, which has kindly been provided by Antonio Velez-Espino of Fisheries and Oceans Canada. Please do not rely on the data or results information provided for any actual scientific, conservation or policy use. Mistakes herein (of which there are several) are solely the responsibility of the technical parties working on the technology integration. These include: Cardiff University, University of Manchester and the Natural History Museum, London.